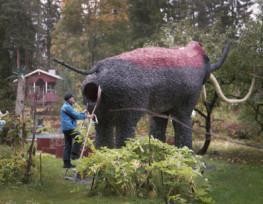 All ITE art techniques are self-taught and original, but some of them are downright unique inventions. Raimo Flink has developed a building material, which he calls fabriconcrete. The viscosity of the material is improved by adding textile fibres into the cement and sand. The unique feature of this concrete mixture is that it does not need to be reinforced, and you can even hammer iron nails into fabriconcrete walls.

Flink has used his easy-to-mould fabriconcrete to create a decorative art garden for his summer cottage in Lempäälä. There is a cacti park and an imposing mammoth, among other pieces. The mammoth houses a gazebo with a table where several people can gather.

In summer 2017, Flink erected a huge palm tree, Memorial to Cancer, in his garden. Its message is painfully personal to the artist, who is going through cancer for the second time. Flink wanted to dedicate the work of art to his neighbours who have died of cancer. Without their knowledge, Flink and his neighbours lived in a terrace of houses built on top of a landfill. The building, deemed uninhabitable, has since been demolished. Flink wants this work to draw people’s attention to the importance of safe and non-toxic materials and the ground when building residential houses. 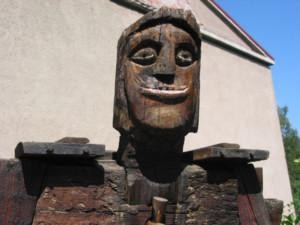 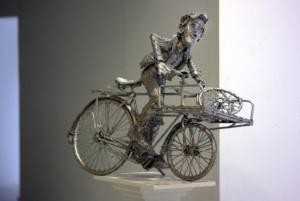 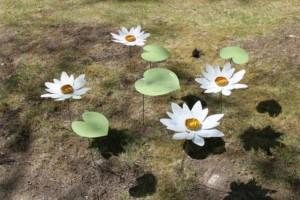